Untapped potential in Germany for renewable energies in trade and industry 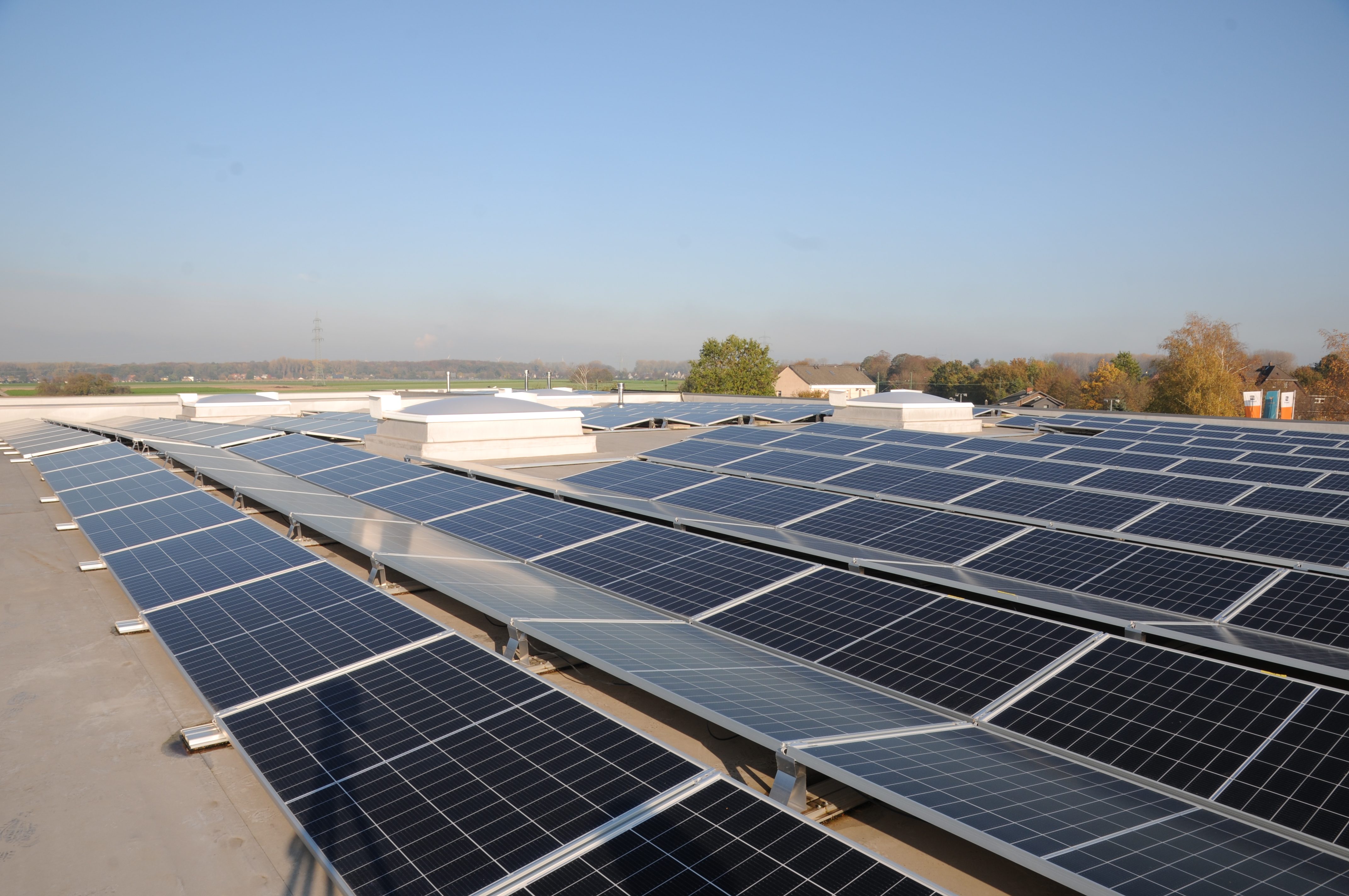 According to the Renewable Energy Agency’s (Agentur für Erneuerbare Energien – AEE), to date only 13.2 percent of installed renewable energy capacity in Germany is owned by commercial operators. Private individuals continue to lead the way in sustainable electricity production with over 30 percent (i). Yet there are around 3.5 million companies in Germany whose energy needs, in combination with larger building complexes and corresponding roof and commercial space, offer enormous potential for the expansion of decentralised energy production using photovoltaics. Calculations by the German Solar Cluster Baden-Württemberg clearly show that investing in solar energy and storage is economically worthwile for companies (ii). Greater independence from rising energy prices provides financial planning stability. At the same time, companies can make a contribution to climate protection, expand their perception in the area of corporate social responsibility and even strengthen customer loyalty. In a recent Capgemini study, 66 per cent of consumers from nine different countries said they choose products or services based on their "environmental friendliness"(iii). Consumers are becoming increasingly involved in social purposes and are looking for products and providers that match their values. Almost eight out of ten respondents say that sustainability is important to them(iv). Accordingly, itis increasingly becoming an argument for companies to act in a more environmentally friendly way - for example through the use of renewable energies.

"In addition to the cost-effectiveness of solar power and energy independence, more and more companies are paying attention to their eco-balance, as the sustainability of products, brands and companies is also becoming an increasingly decisive criteria among consumers," confirms Dr. Stratis Tapanlis, Director Commercial Energy Systems at IBC SOLAR. "We have many customer examples that show how the different arguments for the combined use of PV and energy storage."

"A good cut" thanks to solar power

An example of how much electricity costs can be saved with the help of self-generated solar power can be seen at the upholstery specialist Ponsel. The company has been producing high-quality upholstered furniture for more than 90 years. Today, around 200 employees work in the production of the family business in Weidhausen in Upper Franconia.

It is not just furniture production that is "100% Made in Germany" at Ponsel. The furniture manufacturer also relies on its own power generation with the help of a PV roof system. With an installed capacity of 99 kWp on a roof area of 930 m2, the company produces around 87,000 kWh of electricity per year.

The employees at Ponsel produce around 100 upholstery sets per day. To cope with these order volumes, the departments work in shifts from 04:00am to 10:00pm. The electricity generated by the solar system on the roof of the company building is mainly used for the sewing machines, electric cutters, and lighting for production.

Since the company produces about half of the electricity it requires on its own, the electricity bill is also reduced by half. In total, the family business thus saves about 30,000 euros a year in electricity costs. In addition, the company saves around 44 tons of CO2 per year through the self-generated solar power, thus improving its eco-balance.

In addition to the arguments of electricity costs and the eco-balance, there are of course also industry-specific developments that can trigger a change in the companies’ energy concept. At Autohaus Dresen, a planned installation of an e-charging infrastructure was the driving force behind the decision to switch to green energy.

The planned e-charging infrastructure of the car dealer with a total of eight charging stations, including a 50kW fast charging station, requires around 193kW if all stations are used simultaneously at full power. The existing power connection, on the other hand, can only handle a maximum power of 150kW. Operating the charging stations would therefore not have been possible and a planned addition of further e-charging points would have been unthinkable. The solution finally came in the form of a customised and complex complete PV system. In addition to the pure PV system with six inverters and an annual generation of approximately 135,000 kWh, the installation includes an energy storage system with an output of 88 kW and a storage capacity of 131 kWh, eight charging stations and an energy management system (EMS). With a combination of PV self-use and storage, Autohaus Dresen not only reduces the load on the public power grid, but also achieves savings around 61.6 tons of CO2 per year.

Green across the entire production line

For some companies, "going green" is virtually a program. The nursery and confectionery company Herrmann Kräuter grows cut herbs on its own outdoor plots and in greenhouses. The company delivers 200 tons of freshly cut herbs per week to major customers in the catering industry and food trade.

You might think that it doesn't get any greener than this. But traditional greenhouses have not always had a particularly green footprint due to their high electricity consumption for lighting, heating and watering. In addition, there is the electricity consumption for cooling the fresh herbs and for the packaging machines. And not only during the day, but also at night.

Herrmann Kräuter was looking for a holistic energy solution, with as little electricity as possible drawn from the public grid. Due to the high power demand around the clock, IBC SOLAR, together with Kempka-Elektrotechnik, installed a PV system with an output of 416 kWp and an additional modular expandable storage system with a capacity of 207 kWh.

The system is controlled via an energy management system (EMS), which, among other things, balances the high power consumption, the PV system and the existing combined heat and power unit (CHP).

With the help of the intelligent control via the EMS, the company is able to avoid peak loads and can cover most of its electricity requirements via the photovoltaic system. In this way, the herb producer makes itself as independent as possible from rising electricity purchasing costs with around 340,000 kWh of self-produced solar power and cuts CO2 emissions by around 170 tons per year.

"We see a clear movement in the commercial sector towards independent power supply using renewable energies. From January to April 2021 alone, the increase in PV installations in the commercial sector in Germany amounted to more than a third of the total for 2020. For companies that are already following this trend, it is not only economic factors that are decisive, in many cases they also benefit from positive effects in their positioning with regard to resource-friendly production," adds Dr. Tapanlis