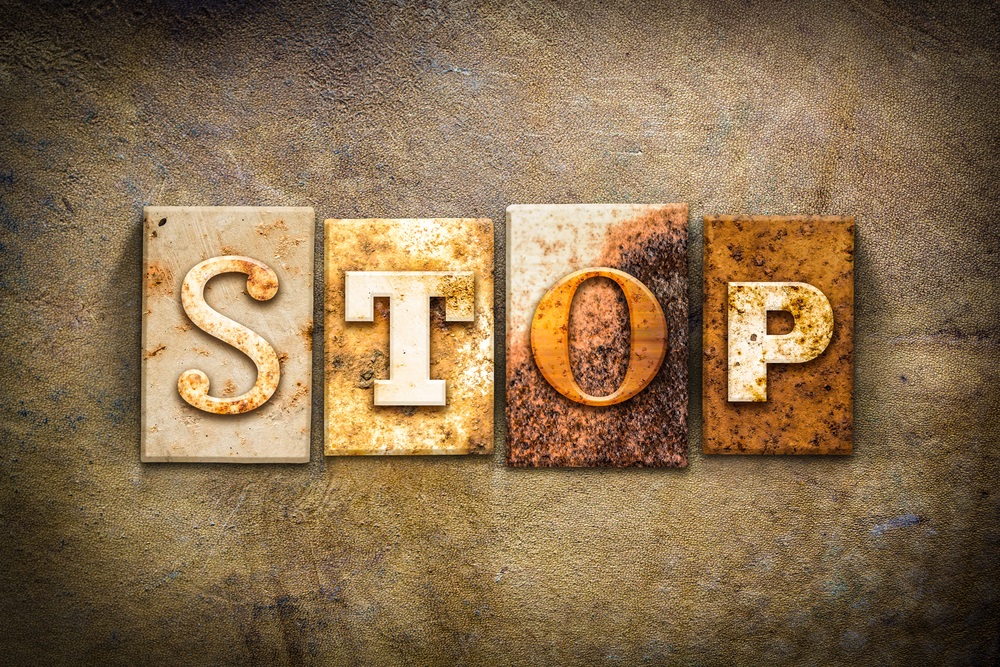 On June 7, 2022, the specialized Court in Paris (France), in a decision handed down by one of its most experienced patent law judges, ruled that Hanwha's seizures as conducted in France in 2021 were illegal and thus invalid on the grounds of disloyal conduct by Hanwha and ordered the release and recall of all the documents and materials that were seized and detained illegally by Hanwha. More specifically, the French Court ruled that Hanwha had acted in a disloyal manner by withholding crucial information from the French Court such as (1) the opinion issued on October 21, 2020 by the Opposition Division of the European Patent Office (EPO) ruling in favour of the invalidity of Hanwha's patent and (2) the fact that the equivalent patent claims in the US had been declared invalid by the United States Patent and Trademark Office (USPTO).Indeed, the non-adversarial nature of the procedure on request, which authorizes the claimant, without any contradiction, to proceed to intrusive investigations on the alleged infringer - without his consent, requires a particular loyalty of the claimant that must inform the judge of all the useful legal and factual elements in order to allow him to make an informed assessment of the request and to order a proportionate measure.

And just three days after the French Court's decision, on June 10, 2022, the U.S. Court of Appeals for the Federal Circuit (which has exclusive appellate jurisdiction of US patent laws) affirmed above finding by the USPTO, sealing the invalidity of these equivalent US patent claims.

The June 7, 2022 decision of the French Court against Hanwha was influenced by the fact that it had been purposely misled by Hanwha who wished to obtain highly confidential and sensitive information from its competitor. As a result, the documents as obtained in these French seizures are being recalled and they will be rendered unusable unless the French judgment is appealed and reversed. For the time being, the aforementioned judgment is immediately enforceable. The decision will directly impact the French proceedings, but LONGi will also consider its legal options in other related legal proceedings where these documents have been actively used by Hanwha. Because a significant portion of Hanwha's evidence in the Dutch proceedings were obtained during the French seizures or were only obtained because of the illegally seized documents and information, LONGi strongly believes that these developments demonstrate once again that the Dutch Court was wrong in making its premature ruling in summary proceedings. The Dutch Court's ruling calling for drastic measures was based on at least partly illegally obtained evidence and was made without fully considering the balance of interests of all stakeholders and without comprehensive knowledge of national laws in those jurisdictions where the patent was validated.

However, and notwithstanding the retraction of these abusive seizures, Hanwha's disloyal conduct caused LONGi irreversible damage due to the communication of highly confidential information. This malicious behaviour is consistent with Hanwha's conduct inside and outside other courtrooms across Europe. To take one example, in the Netherlands, Hanwha also chose to withhold information from the national judicial authorities.

Moreover, Hanwha has acted unlawfully by using confidential data provided by LONGi NL and this was in violation of a ruling by the Dutch Court. This confidential data was provided to Hanwha for the sole purpose of verifying LONGi's compliance with the order of the Dutch Court of Appeal. However, Hanwha used this confidential data unlawfully and in a manner that went far beyond its defined purpose in an attempt to put pressure on LONGi's customers. This violation by Hanwha took place after the appellate court in the Hague, ruling in preliminary injunction proceedings, decided that there is prima facie infringement on Hanwha's patent. Even though LONGi NL strongly disagrees with the decision by the Dutch Court of Appeal, feeling that it is at odds with other final decisions such as that in the United States, and has lodged a Supreme Court appeal against said decision, LONGi NL nevertheless without question has complied with all obligations as laid out in the decision of the Dutch Court.

Additionally, and in line with its general malicious behaviour, Hanwha has no qualms about making declarations before the Dutch Court that are in clear contradiction with common industry practice and with the sole purpose of confusing the Dutch Court. This is demonstrated by the fact that Hanwha declared to the Court that the solar panels could be detached from their installations and still be reusable even though under Dutch law, solar panels, by their very nature and design, are intended to be permanent and should be considered as immovable, and that the removal of used solar panels causes irreparable damage is also common knowledge in the PV industry. Likewise, Hanwha indicated before the Dutch Court that there is a market for second-hand solar panels, even though this market in second-hand solar panels only relates to panels in stock and certainly does not refer to panels previously in use.

Even though LONGi's customers are not in any way bound by the Dutch decisions handed down in this dispute, the Court of Appeal of the Hague has unfortunately missed out on the opportunity to put an end to or at least mitigate Hanwha's aggressive and destructive behaviour against LONGi's NL's customers. According to the ruling of the court, the proportionality of potential measures should be addressed in separate proceedings. LONGi firmly believe that this decision is unfair and unreasonable and not in line with the law in other jurisdictions. For instance, according to the Enforcement Directive and the French and German case law, the removal of already installed solar panels would in fact amount to an irreparable measure, which does not fit in with the temporary removal from the market sought by the preliminary relief proceedings. This seems even harsher given that Hanwha does not own any patent rights in the Netherlands. The decision is open to appeal. All in all, there hasn't been any finalized infringement decision against LONGi in any jurisdiction with regards to the disputes between Hanwha and LONGi. There is an appeal against the German Court's first instance decision pending before the Court of Appeals in Dusseldorf and, by contrast, there has been a finalized non-infringement judgement in favour of LONGi before the International Trade Commission (ITC) in the U.S. which was affirmed on appeal.

Despite the fact that all of the proceedings are pending and the outcome is far from certain, as evidenced by the nullification of Hanwha's parallel patent claims in the US (now affirmed on appeal) and the Opposition Division of the EPO scheduling an oral hearing on 28 and 29 Sep 2022 to examine the patent's validity, Hanwha still chose to involve the customers by contacting LONGi's customers (in particular solar parks) as a means of trying to exert pressure on LONGi. By following Hanwha's arguments, the Dutch court has inadequately balanced the interests between the parties. Hanwha's actions do not seem to take the interest of customers and the public into account which is unfortunate in an age when solar energy is needed more than ever. LONGi is prepared to firmly defend its rights and those of its customers' against Hanwha's unlawful and disloyal conduct and will lead the fight for a fair environment that will lead to improved legal certainties for all stakeholders in the industry.

LONGi is an industry-leading developer and manufacturer of state of the art solar modules. It annually invests around €600 Million on R&D to develop best in class PV products and it respects valid third party rights. However, it will not deal with frivolous claims by opportunistic competitors. LONGi will continue to defend its rights and the rights of its customers against the frivolous claims of Hanwha, including by (i) filing declaratory relief, (ii) opposing Hanwha's patent and (iii) considering further legal measures against the unfair practices of Hanwha.

Recently, the United States Court of Appeals for the Federal Circuit issued an appeal decision on the invalidation of Hanwha's US patent US9893215B2, in which the court upheld the US Patent and Trademark Office's (USPTO) “Invalidation Decision”, ruling in favour of the patent's invalidity. LONGi has won both the International Trade Commission (ITC) litigation and the patent invalidation case (IPR) against Hanwha in the United States thus far.

Since 2019, Hanwha has filed patent infringement cases in numerous countries throughout the world against several PV companies, notably LONGi, alleging an infringement of its patents technology. After conducting detailed analysis and assessment, LONGi was confident that its relevant products have not infringed such patent. The technology that the patent covered is generic and common to the technicians in the industry and lacks the inventive step required by the patent law, hence, this patent should not have been granted in the first place. And vigorously filed several legal proceedings for the patent invalidation globally. This has been reaffirmed by the ruling of the United States Court of Appeals for the Federal Circuit.

Earlier this week, the specialized Court in Paris (France), in a decision handed down by one of its most experienced patent law judges, ruled that Hanwha's seizures as conducted in France in 2021 were illegal and thus invalid on the grounds of disloyal conduct by Hanwha and ordered the release and recall of all the documents and materials that were seized and detained illegally by Hanwha. More specifically, the French Court ruled that Hanwha had acted in a disloyal manner by withholding crucial information from the French Court such as (1) the opinion issued on October 21, 2020 by the Opposition Division of the European Patent Office (EPO) ruling in favour of the invalidity of Hanwha's patent and (2) the fact that the equivalent patent claims in the US had been declared invalid by the United States Patent and Trademark Office (USPTO). In order to gain the judge's support in the Dutch legal proceedings, Hanwha had also concealed some facts to varying degrees or made misrepresentations that were contrary to industry practice.

At present, the non-infringement and invalidity proceedings in Australia litigation between LONGi and Hanwha are currently in the stage of evidence exchange and argument defence. The judge is tentatively set to hear the case in the fourth quarter of 2022. LONGi maintains confidence that its products do not infringe on Hanwha's patent rights and that it will win the lawsuit.

Furthermore, LONGi has filed an opposition to the EPO contesting the validity of the equivalent Europe patent EP2220689B1, which is still pending.