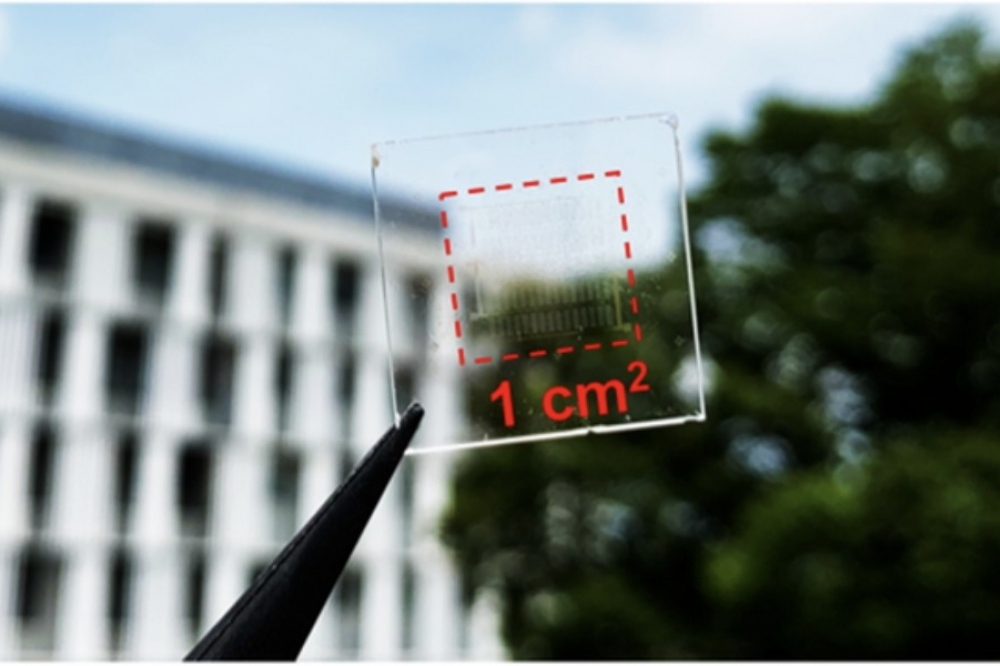 Now a team at Tohoku University, Japan, has successfully fabricated a near invisible solar cell using ITO for the transparent electrodes and a monolayer of the 2D compound semiconductor WS2 as the photoactive layer. They have just published their findings in Scientific Reports.

They controlled the contact barrier between WS2 and ITO by coating various thin metals on top of ITO (Mx/ITO) and inserting a thin layer of WO3 between Mx/ITO and the monolayer WS2 . This resulted in a drastic increase in the Schottky barrier height (up to 220 meV), which could increase the efficiency of the charge carrier separation in this Schottky-type solar cell.

The power conversion efficiency of the solar cell with the optimised electrode (WO3/Mx/ITO) was more than 1000 times that of a device using a normal ITO electrode, according to the researchers.

The team also investigated large-scale fabrication of the solar cell, which revealed that a simple size expansion with large WS2 crystals and parallel long electrodes could not improve the total power obtained from the complete device even with an increase in the device area. This is explained by the percolation theory. They addressed this problem by reducing the aspect ratio (width/channel length) of the unit device structure to a value lower than a critical threshold.

By repeating the experiments on this optimised unit device with an appropriate number of series and parallel connections, total power could be increased up to 420pW from a 1cm2 solar cell with a very high value (79 percent) of average visible transmission.