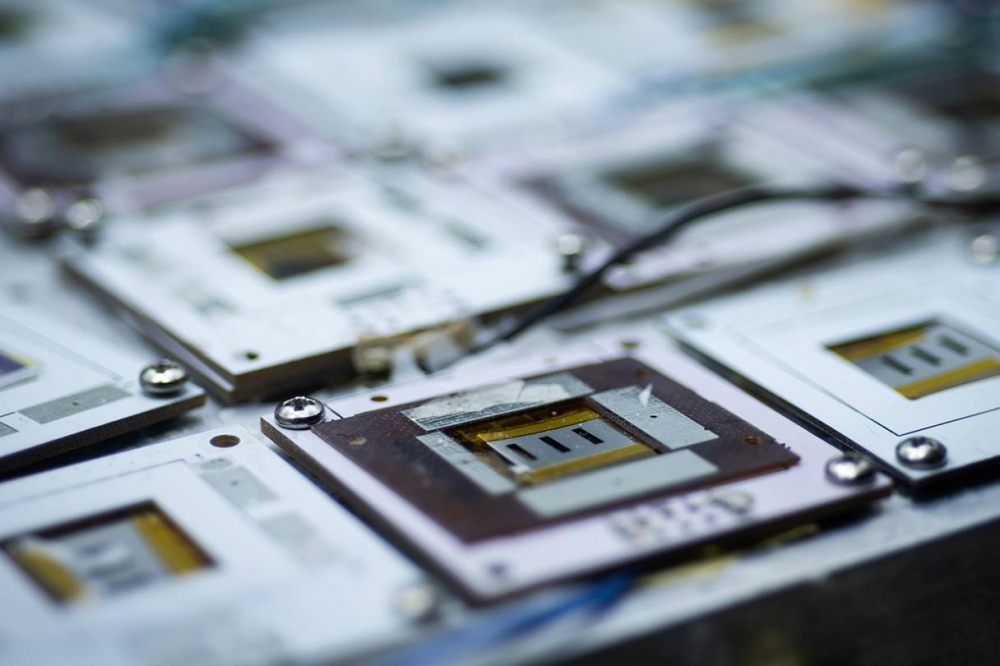 The device is said to be the first of its kind to rival the performance of silicon-based cells, which have dominated the market since their introduction in 1954. The Princeton team projects that their device can perform above industry standards for around 30 years, far more than the 20 years used as a threshold for solar cells.

The Princeton team, led by Lynn Loo, revealed their new device and their new method for testing such devices in a paper 'Accelerated aging of all-inorganic, interface-stabilised perovskite solar cells' published June 16 in Science.

Loo said the record-setting design has highlighted the durable potential of perovskite solar cells, especially as a way to push solar cell technology beyond the limits of silicon. But she also pointed past the headline result to her team’s new accelerated aging technique as the work’s deeper significance.

“We might have the record today,” she said, “but someone else is going to come along with a better record tomorrow. The really exciting thing is that we now have a way to test these devices and know how they will perform in the long term.”

Due to perovskites’ well-known frailty, long-term testing hasn’t been much of a concern until now. But as the devices get better and last longer, testing one design against another will become crucial in rolling out durable, consumer-friendly technologies.

“This paper is likely going to be a prototype for anyone looking to analyse performance at the intersection of efficiency and stability,” said Joseph Berry, a senior fellow at the National Renewable Energy Laboratory who specialises in the physics of solar cells and who was not involved in this study.

“By producing a prototype to study stability, and showing what can be extrapolated [through accelerated testing], it’s doing the work everyone wants to see before we start field testing at scale. It allows you to project in a way that’s really impressive.”

While efficiency has accelerated at a remarkable pace over the past decade, Berry said, the stability of these devices has improved more slowly. For them to become widespread and rolled out by industry, testing will need to become more sophisticated. That’s where Loo’s accelerated aging process comes in.

“These kinds of tests are going to be increasingly important,” Loo said. “You can make the most efficient solar cells, but it won’t matter if they aren’t stable.”

How they got here

Early in 2020, Loo’s team was working on various device architectures that would maintain relatively strong efficiency and survive the onslaught of heat, light and humidity that bombard a solar cell during its lifetime.

Xiaoming Zhao, a postdoctoral researcher, had been working on a number of designs with colleagues. The efforts layered different materials in order to optimise light absorption while protecting the most fragile areas from exposure. They developed an ultra-thin 2D capping layer between two crucial components: the absorbing perovskite layer and a charge-carrying layer made from cupric salt and other substances. The goal was to keep the perovskite semiconductor from burning out in a matter of weeks or months, the norm at that time.

Zhao and colleagues went through scores of permutations of these designs, shifting minute details in the geometry, varying the number of layers, and trying out dozens of material combinations. Each design went into the light box, where they could irradiate the sensitive devices in relentless bright light and measure their drop in performance over time. In the fall of that year, Zhao noticed that one set of the devices still seemed to be operating near its peak efficiency. “There was basically zero drop after nearly half a year,” he said.

To stress test the device faster, and speed up the aging process, they illuminated the device while blasting it with heat. The researchers chose four aging temperatures and measured results across these four different data streams, from the baseline temperature of a typical summer day to an extreme of 110degC.

They then extrapolated from the combined data and forecast the device’s performance at room temperature over tens of thousands of hours of continuous illumination. The results showed a device that would perform above 80 percent of its peak efficiency under continuous illumination for at least five years at an average temperature of around 35 degC. Using standard conversion metrics, Loo said that’s the lab equivalent of 30 years of outdoor operation in an area like Princeton, NJ.

Berry of NREL concurred. “It’s very credible,” he said. “Some people are still going to want to see it play out. But this is much more credible science than a lot of other attempts at forecasting.”