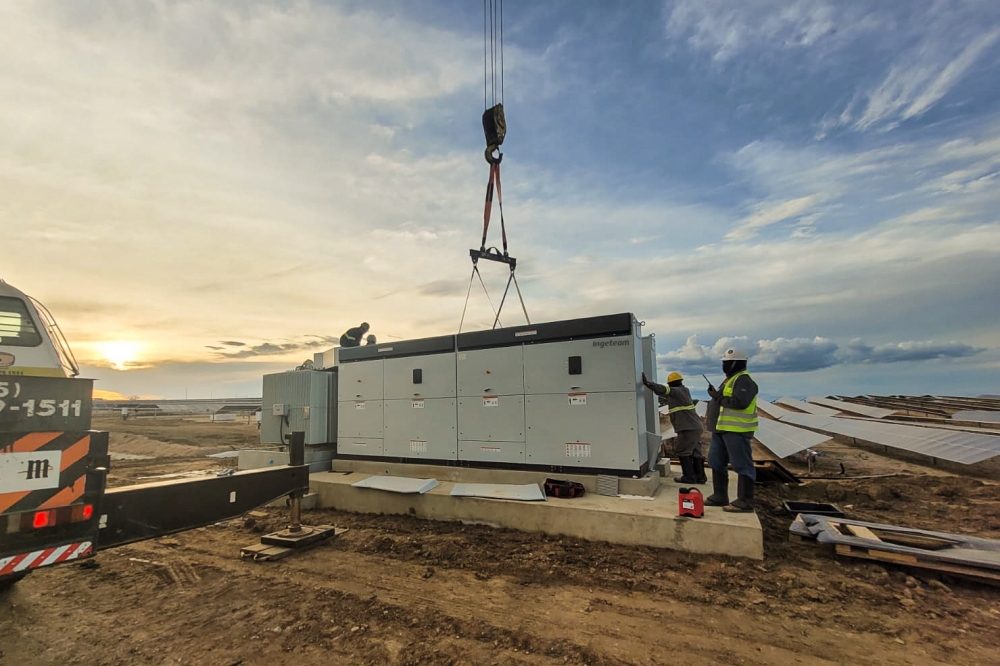 Neoenergia, part of the Iberdrola Group and one of the largest energy distributors in Brazil, has entrusted Ingeteam to supply solar inverters, substations and protection and control equipment for a solar plant in Brazil. Neoenergia has already started to test the solar park located in the municipality of Santa Luzia, in the state of Paraíba. With a capacity of 149 MW, the solar PV plant is scheduled to come into operation in July, when it will start generating enough energy to power a city of 150,000 homes.

It should be noted that both the manufacture of the central inverters and the integration of the substations were conducted locally, at the company's production plant in Campinas, a city in the state of Sao Paulo, where it has been based for more than 20 years. Specifically, 18 power stations or substations have been supplied, each including four central inverters, thus achieving a “turnkey” 6.56 MW solution.

Substation protection and control cabinets have also been equipped with IEC61850 IEDs from the INGEPAC family, which have been manufactured at Ingeteam's facilities in Curitiba, Brazil. The Luzia 138/34.5 kV substation facility will evacuate the 130MW of capacity generated by the solar complex.

With the commissioning of this project and the ongoing installation of others, solar power supplied by Ingeteam in the country now totals 1.5 GW. For José Nardi, director of Ingeteam's solar business in Brazil, "we are one of the few inverter manufacturers that can offer local production, so we are now much more predominant, as this is one of the requirements of the Brazilian authorities for the development of new energy projects".