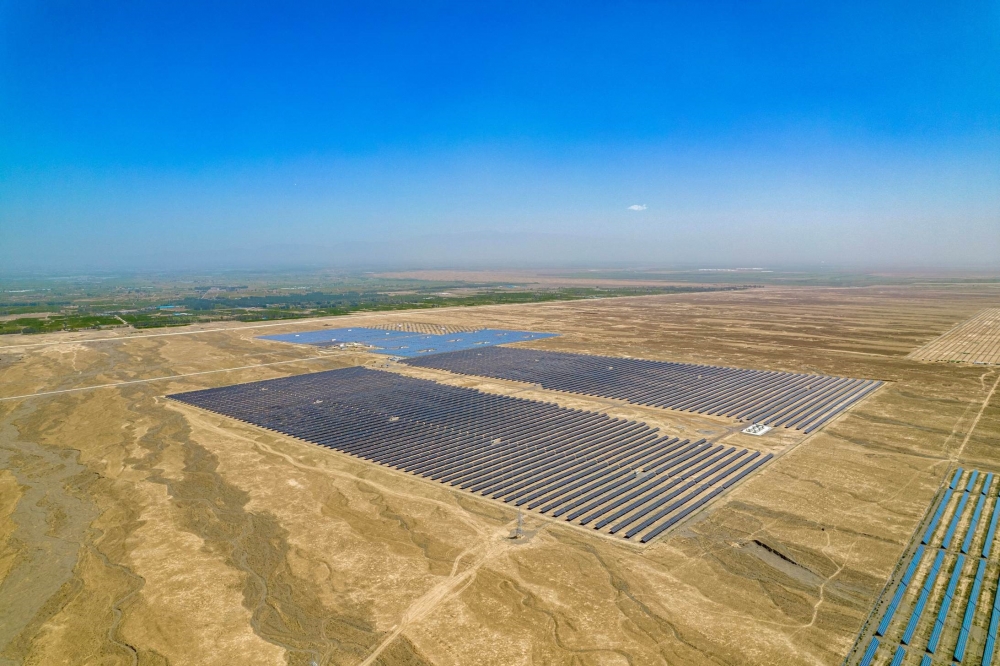 A new 80MW PV project in China has been described as an ‘exemplar' large-scale installation that the UK can adopt as multiple large-scale projects go to tender.

The 80MW PV Project in Gansu Province, China, uses 356 sets of GoodWe GW225K-HT, part of the HT1500V series of inverters, ensuring an annual average power generation of 186.84 million kWh. In addition, the project will reduce carbon dioxide emissions by 142,800 tonnes.

GoodWe's 225kW string inverter features an IP66 water and dust protection with IP68 external cooling fans. It can be operated under a wide temperature range of -40oC to 60oC and has excellent corrosion resistance.

The new HT1500V Series (225/250kW) is GoodWe's most popular large-scale inverter with an extensive list of features designed to reduce system and O&M costs. It is a perfect choice for the utilisation of utility-scale centralised PV plants to maximise the return of investment.

Dunhuang city boasts long hours of strong sunshine throughout the year making it an ideal site for a large-scale solar PV installation. In recent years, China has actively pushed its decarbonisation agenda to become a carbon-neutral economy by 2060. According to Wood Mackenzie, the energy consultancy, the global solar powerhouse is set to add another 619 GW of solar energy by 2030.

Eugene Lucarelli, Strategic Marketing Manager for GoodWe UK, comments: “The Gansu Province project is an excellent example of GoodWe's capabilities in being able to assist the roll-out of a major solar PV installation with proven technology.”

He continued: “As the UK continues its roll-out of large-scale PV projects that are either in tender or close to going to tender, projects like this can act as a blueprint for designing PV installations that can help the UK deliver its Net Zero commitments. GoodWe's continued investment in ground-mounted power plants and large-scale energy bases, is being recognised by more and more customers and can certainly play a key role in developing global solar markets and helping more cities and areas take advantage of renewable clean energy.”