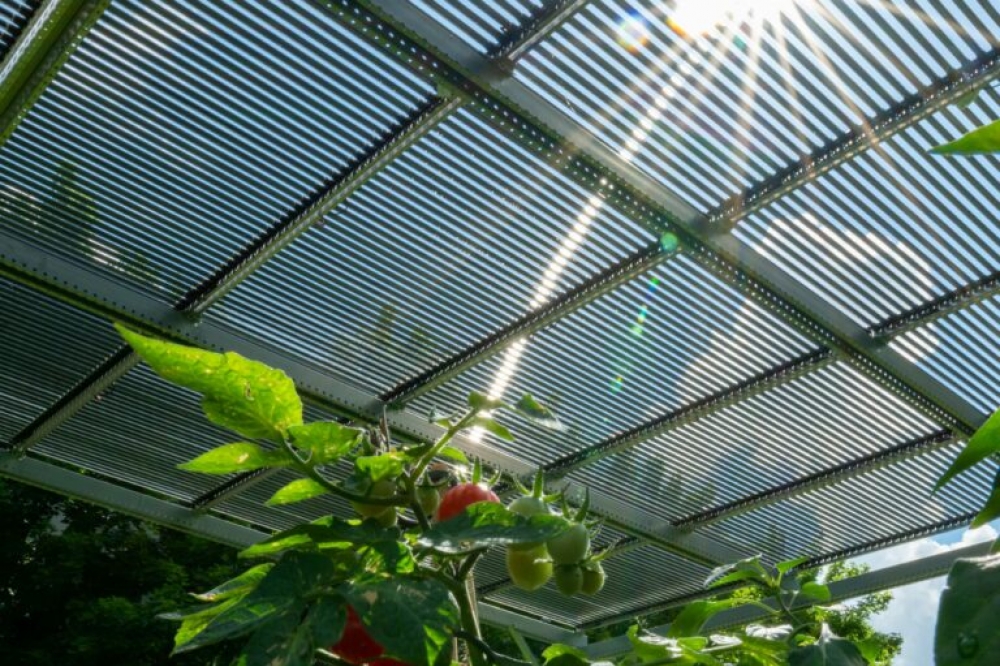 As part of its perovskite research activities, TubeSolar AG, Augsburg, together with the Centre for Solar Energy and Hydrogen Research Baden-Württemberg (ZSW) has reached an important milestone on the way to industrial production of the novel photovoltaic technology. An efficiency record of 14 percent was achieved on solar films in the industrially suitable 'roll-to-roll' process.

In the process, the partners deposited all layers - with the exception of the front and rear contacts - using slot die. The speed of the coating process was over one metre per minute. The combination of this industrially suitable, fast production process and the high efficiency is groundbreaking. The flexible solar cells are used for the production of tubular photovoltaic modules, which can be used in agri-photovoltaics, among other applications.

The partners' objective is to transfer the high efficiencies currently achieved in research on small areas to larger solar films and thus to commercialise slot die deposition as an industrially suitable coating method for flexible perovskite solar cells. By further optimising the solar cell layer stack and the absorber as well as the conductivity of the electrodes, the technology can be significantly improved even further. The use of perovskite cells planned by TubeSolar AG should lead to an increase in the efficiency of the tubular photovoltaic (PV) modules and at the same time significantly reduce the production costs of the PV films and thus of the modules as a whole.

The benefits of TubeSolar's tubular photovoltaic modules - the combination of agricultural use (agri-photovoltaics) or a green roof and other functions of building surfaces with the simultaneous generation of electricity on the same surface - can be further improved by the use of perovskite solar cells. Ideally, perovskite technology should already be used as part of the upscaling of highly automated mass production in the coming year.